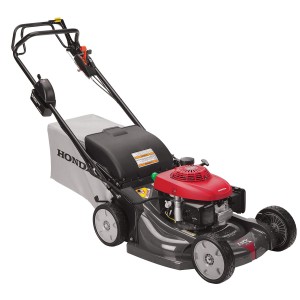 The Honda HRX mower series is one of the most dependable on the market, but even these mowers can occasionally show signs of trouble that can be hard to diagnose at first. Though frustrating, many of the problems exhibited by these mowers can be traced back to a few simple causes. Many of those causes can be easily addressed and resolved at home, which helps equipment owners can back to the task at hand throughout the summer. Before calling up a local authorized service center regarding any type of issue affecting the HRX mower, be sure to become familiar with the most common problems, their causes, and how most of them can be easily solved without professional service.

When the engine refuses to start, a few common and basic problems are often at work. Sometimes, it’s as simple as checking the fuel valve position. If the fuel valve is still set to “off” the engine won’t turn on at all. Likewise, if the fuel tank is empty, there’s no way for the engine to start. The ignition key may also be in the wrong position, preventing the engine from sparking properly when the starter grip is pulled.

More serious problems that might be affecting the engine include flooding, if the starter group has been pulled excessively. In this case, it’s often a good idea to leave the mower alone for a while and allow the “flooding” to recede away from the spark plug and other key parts. This problem may also be because of a blown fuse or a bad spark plug, which would require replacement of either part. If none of these solutions work, the carburetor maybe to blame. This would require professional service.

2. There’s a Loss of Power During Mowing

A loss of power during routine mowing may simply be due to an empty fuel tank, so it’s a good idea to check fuel levels before assuming that any other, more serious problem is affecting the mower’s capacity for getting the job done. If the fuel tank is at least partially full, it’s likely that other key causes are to blame. This would include grass that’s damp or simply too tall. Other causes may be a clocked mower deck or fuel filter. In this case, clean out the deck and the filters and try again.

Rarely, this problem is caused by stale fuel that has been left in the mower for a bit too long. The best way to resolve the problem in this case is to either add fuel stabilizer or to simply drain and replace the fuel. One final thing to consider is that the carburetor may be significantly worn or severely damaged. As mentioned earlier, any problem with the carburetor will require the service and attention of a qualified Honda professional at an authorized service center nearby.

3. Excessive Vibration During Use

Most often, a mower like the Honda HRX series will experience excessive vibration if there’s a clog somewhere in the system. Generally speaking, a clog that occurs in the deck will cause a significant amount of vibration because it causes the blades to either get stuck, become warped, or spin slower than they should be. Stop the mower immediately and check for such clogs. If an object is present, remove it. If not, consider other causes.

If no clog is present, the likely cause is a damaged or loose mower blade. Inspect the blade thoroughly and either tighten or replace it as needed. If neither of these problems is present, the vibration may be due to excessive mechanical damage within the mower. This would require the attention of a local service professional who could identify the problem and fix it as required.

If the mower isn’t mowing or bagging as it should be, a large number of problems could be to blame. The most common of these problems is that the mower is, for some reason, not cutting efficiently enough to properly discharge or retain clippings. Try moving the throttle lever to the “fast” position to see if this solves the issue without further inspections or intervention. It’s also a good idea to check whether or not the mower’s cutting height is properly set, or whether the equipment is clogged within the mower deck. Damaged or dull blades may also be cutting ineffectively, which could cause inconsistent results and create trouble with bagging any produced clippings.

Most common mower problems can be solved with a quick inspection or a parts replacement. HondaLawnParts.com has a great parts search tool that can narrow down parts based on the HRX mower model number, its engine manufacturer, or the specific part number that needs to be replaced. This makes maintenance and troubleshooting easy to undertake whenever it’s necessary.