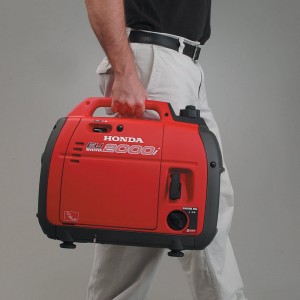 The batteries found in most Honda generators are often overlooked by equipment owners who feel that they are so “low-maintenance” that they are essentially “no-maintenance.” This could not be further from the truth. As with virtually every component in a generator, the batteries in Honda models require careful and attentive care throughout the duration of the generator’s lifespan. This careful maintenance not only ensures the battery’s safety when it’s actually needed, but it also extends the useful life of the battery and makes it hold a substantive charge over a longer period of time. Instead of neglecting this key part of the generator, operators should familiarize themselves with battery care and maintenance procedures that will benefit their equipment over the long-term.

Start by Keeping the Battery Charged, No Matter What

There is a common misconception about generator batteries that has caused headaches for some operators. Many believe that these batteries simply do not need to be recharged if they’re rarely used in conjunction with the Honda generator. That could not be further from the truth. While battery technology has advanced quite significantly in recent decades, it still suffers from a few pitfalls. First and foremost, batteries can lose their ability to hold a full charge if they are left to languish in a garage or tool shed for a bit too long. A regular charge and de-charge process keeps the battery “active” and in good health.

Second, operators should keep in mind that a battery can sometimes lose its ability to charge at all. In many cases, a battery that is left to lose a charge beyond a certain, low threshold, will simply not be able to hold a charge in the future. This will necessitate the complete replacement of the Honda generator battery, which represents a significant cost to the operator. That cost could be completely avoided with a regular charge to the battery, even when it’s not needed or in use.

Keeping the Charge in Mind: How to Know When to Charge

So, the importance of keeping a battery charged is now easy to understand. What about determining when that charge should take place? Many generator owners remain in the dark about how to understand their battery’s current health and charge, but it’s pretty simple to figure these things out. All generator owners should have a digital voltmeter on hand, since this is the best way to measure a battery’s charge. Use the voltmeter to test the battery, paying careful attention to the voltage reading produced after a brief test. A fully charged battery will produce a voltage reading of at least 12.4 volts, while one that requires charging will produce a significantly lower reading that is often well below the 12.4-volt threshold. In this case, the battery needs to be charged as soon as possible.

There’s a belief among many generator owners that simply running the generator with the battery in place will fully charge the battery and contribute to its health. There is at least some truth to this: The battery’s charge is somewhat expended in order to start the generator, and the generator’s engine will replenish that charge upon ignition. This does not mean that the engine will fully charge the battery, however. Healthy, new batteries will be able to receive engine power in exchange for a charge, but batteries that are older, infrequently used, or situated in the wrong ambient temperature, will not receive this charge. Furthermore, batteries won’t be charged if the generator is used for only a brief period of time.

It’s important for Honda generator owners to understand that batteries often require separate maintenance and monitoring. While a generator may help with battery charging and maintenance, it’s not a foolproof system. Instead, the battery should be regularly tested, charged when appropriate, and kept in good health no matter how often the generator is turned on.

A Quick Primer: How to Charge the Battery

The battery paired with most Honda generators is a 12-volt battery that can be quickly charged at appropriate intervals. In order to do so, equipment owners will need to secure the appropriate battery charger. Honda recommends a battery charger designed to work with either a 9 Ampere-hour or an 11 Ampere-hour, 12-volt battery. Compatible chargers can often be found at authorized Honda dealers alongside new generators, replacement parts, and key accessories that improve generator use.

Aside from regular charging of the generator’s battery, regular maintenance procedures should be followed. Described in detail in the generator’s instruction manual, these maintenance procedures include ensuring that battery connections are tight and removing any excess dirt or grime from the battery’s surface and key connections throughout the year.

Honda generator batteries require careful care in order to survive throughout the long lifespan of the generator that uses their charge. Whether it’s a replacement battery or OEM parts for the generator itself, HondaLawnParts.com has an extensive lineup of OEM parts that will make generator and battery maintenance a breeze.