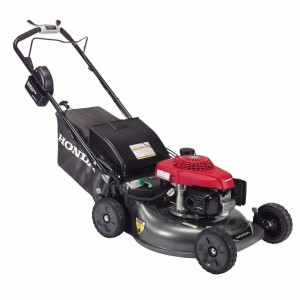 Is the electric starter on your Honda engine not working? Before you start ordering parts, there are a few things you should check to make sure the repairs you make will fix the problem.

Honda’s starters are designed to run for up to 5 seconds at a time. Running the motor longer can lead to overheating. If you’re having difficulty starting your engine, wait at least 10 seconds between starting attempts to let the starter cool.
If your engine has an electric starter, it probably has Honda’s Oil Alert system. It uses a float inside the crankcase that is wired to the ignition system. If the float is too low, the power to the spark plugs is cut, keeping the engine from starting. Always check the oil level first when trying to find out why the engine won’t start.

Testing and Maintaining the Battery

Check your owner’s manual on how to maintain the battery charge in your equipment. On some models, Honda recommends using a trickle charger, while others should be periodically recharged with a standard charger. If you have a hybrid snowblower, the batteries need to be disconnected from each other and charged separately.

The battery health can be checked by measuring the voltage at the terminals with a multimeter. A fully-charged 12 volt battery should be between 12.7 to 12.9 volts without a load when fully charged. If it’s below 12.4 volts, it’s time for a new battery.

Most batteries sold for these engines including Honda’s OEM units require maintenance. The chemical reaction inside the cells breaks down the water inside, and that evaporation will eventually leave the lead sheets inside uncovered. The cells should be refilled with distilled water up to the level marked on the battery, either on the side of the case or inside the cell. Overfilling could cause the water and acid to spill out, corroding the terminals, battery tray and anything underneath it.

The Battery is Fine, but the Motor Doesn’t Turn

Even if your battery is new, it still needs a clear path to power the starter. Loose and corroded connections can keep power from flowing through the system, making it seem like the starter motor has failed. There is also a fuse that prevents the starter from overloading. This fuse will either be connected to the positive wire between the battery and the starter, or located in the fuse box.

There are several options for corrosion removal, but few work better than vinegar. Soaking bolts in vinegar overnight can strip off rust, while applying it directly with a brush can remove corrosion from contacts. If you operate in conditions where the connections are regularly exposed to moisture, consider coating them in a dielectric grease.

The ground connection needs to be made with bare metal. Clean the bolt and bolt hole to ensure direct contact between the wire and the frame.

Once the battery and electrical connections have proven to be in good shape, it’s time to address the starter.

The solenoid, a small cylinder attached to the side of the starter, is a switch designed to handle heavy electric loads. If the starter does nothing when the start switch is on, it’s likely due to a bad solenoid.

The starter has three ways it can fail:

— A worn out starter gear will make a grinding noise when the starter is being used.

— A bad throwout bearing lets the starter gear spin, but won’t let it slide out to engage the flywheel and turn over the engine.

— Smoke from the starter indicates an overload due to high power demand or overheating.

If the starter is grinding, whirring or smoking, it needs to be replaced.

Getting New Electrical Parts for Your Honda Engine

From small hardware to solenoids, if it fits a Honda small engine, you can get it from www.hondalawnparts.com. Our site can show you factory information including parts descriptions and diagrams for your model so you can be sure you’re ordering exactly what you need. We can ship your order to any location in the U.S. or Canada.